Ernesto Sigmon has more than 20 years of legal and business expertise.

He has extensive trial experience in various areas of litigation and has served clients in banking and capital markets, aerospace, utilities, healthcare, technology and hospitality industries.

Ernesto earned his J.D. from the Cumberland School of Law at Samford University—an institution known for producing strong trial lawyers.

He later acquired an LL.M. in International Law from George Washington University Law School and earned an MBA in finance and accounting from the University of Chicago Booth School of Business.

In the late nineties, Ernesto worked with a Houston-based litigation firm that tried some of the first high-profile pharmaceutical personal injury cases against the makers of major selective serotonin reuptake inhibitors (SSRI) antidepressant drugs.

Ernesto is licensed to practice law in Texas and Alabama and is admitted to the Northern and Southern U.S. District Courts of Texas.

In addition to his experience as a criminal prosecutor and personal injury plaintiff’s lawyer, Ernesto has a comprehensive business background. His business and finance experience includes working as an international risk management professional for Texas Utilities (TXU), as a mergers and acquisitions investment banker for Jefferies & Co. and as director of analytics for gaming giant Caesars Entertainment at Harrahs New Orleans.

In keeping with the mission of the American Association for Justice, Ernesto is committed to fighting to protect the rights of ordinary Americans to have access to a fair justice system – —one that allows citizens to exercise their constitutional right to trial by jury.

Ernesto has served as a board member of the Women’s Business Enterprise Council (WBEC) Southern Region, the New Orleans Chamber of Commerce and is an active supporter of the Democratic National Committee.

In his spare time, Ernesto enjoys spending time with his family, traveling, golfing, genealogy and reading anything written by Napoleon Hill or Charles Nightingale. 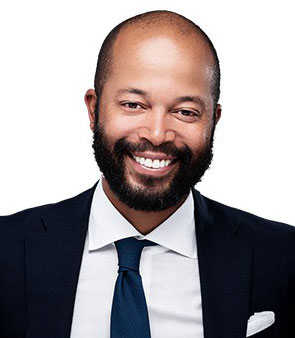