One Step Beyond: Trial Lawyers and Outer Space

I have been fascinated with the cosmos and the concept of space ever since I was a small child. I was born in the seventies when Carl Sagan https://en.wikipedia.org/wiki/Carl_Sagan and his PBS show “Cosmos” was a staple (right along with He-Man and Star Wars, of course). Fast forward to 2017. The world and our perspective on the universe has changed mightily. Many of the things that were discussed, visualized and referred to as “dreams” when I was a kid are now fast becoming reality. Civilian space travel is one of those things. The December 18 Bloomberg Businessweek article “In Space, No One Is Overweight” updates us on the efforts of Jeff Bezos, Richard Branson and Elon Musk (the so called “space billionaires”). These men are at the cutting edge of the space tourism industry—a launch pad of sorts (sorry, I couldn’t resist) for an era when humans will live and work in space; gradually transforming humanity into a multi-planet species. The first step towards this end, is allowing civilians to travel into space on a private excursion for a couple hundred thousand dollars or so. To the uninitiated this is called “sub-orbital” travel, meaning that the spacecraft will reach space but will not actually complete an orbital revolution of the earth (i.e. the gravitating body it launched from).

Sounds like an awesome experience if you can afford it. The rub, in my opinion (and as pointed out by the article), is that Congress is allowing these private spaceflight companies to come up with their own medical evaluation and screening protocols to determine whether an “average” human is fit for the physical and psychological rigors of space travel (e.g. “g-force”). NASA takes months to train folks for this kind of thing. Private spaceflight companies (presumably with financial stakeholders that monitor performance metrics) either don’t have that kind of time or are unwilling to invest it, thus raising the specter of economic incentives to maintain lower fitness standards than NASA. Case in point: Blue Origin, LLC (owned by Jeff Bezos) has a day and a half training program for its planned 11-minute space flights (launched from a site in West Texas). Takeaway? We are headed toward really exciting, but uncharted terrain. There is considerable uncertainty around the effect of space travel on folks that are only moderately prepared; or the domino effect fallout of an unexpected passenger “freak-out” on a 20-minute flight into space.

I love science and I am immensely fascinated with the infinite cosmos that is our home. I always have a sense of humble “smallness” when I consider the vastness of the universe. It also makes me quite grateful that I am alive, able to consciously witness mankind’s unbelievably rapid development. That of course, is the scientific humanitarian in me. The earthbound trial lawyer in me thinks that as admirable (and necessary) as the efforts of Messrs. Bezos, Musk and Branson are; there will inevitably be very real, and mundane litigation scenarios involving liability claims for catastrophes and personal injury associated with privatized sub-orbital space travel. It’s really not hard to imagine. Think back to Kitty Hawk, North Carolina December 17, 1903 https://en.wikipedia.org/wiki/Kitty_Hawk,_North_Carolina. The Wright Brothers could not possibly have considered that their success at Kill Devil Hills would ultimately precipitate the modern-day aviation litigation practice that we now deem commonplace. But it did. Consider also the Spurring Private Aerospace Competitiveness and Entrepreneurship Act of 2015 (“SPACE” Act) that encourages private commercial activity in outer space (think mining asteroids for precious minerals) and we really are beginning to boldly go where no man has gone before.

The Houston trial lawyers at Sigmon Law, PLLC are fascinated with technology and the advancement of human potential. We will be keeping a close eye on this developing field and the risk/reward of man’s push to put private citizens into space and to reap the commercial benefits of sub-orbital travel and space mining. #houstonspacelawyer, #sigmonlawspace 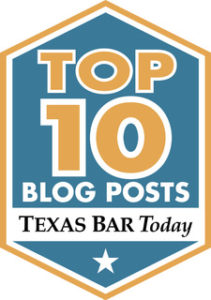